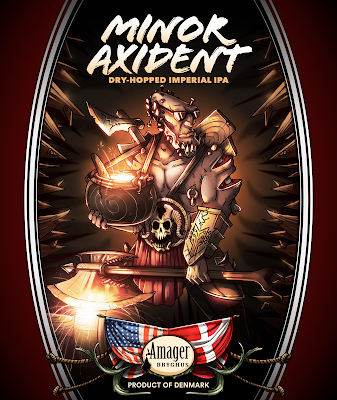 On the canned American version of this collaboration beer, Sam Cruz – the head honcho of our collaboration partner Against The Grain – babbles on for ages about the name Minor Axident, how it has no meaning and so on. Well Sam, after lines upon lines of insults from you, it has become clear to us, that the Minor Axident here was to even collaborate with you guys for a third time. Actually, we’re inclined to call it a major axident. However, we forgive you and we understand you. Having your lack of appetite exposed on the first beer we brewed together “The Great, Big Kentucky Sausage Fest” and then being humiliated in arm wrestling not once, not twice, but a dozen times. We understand your bitterness and we forgive you, Sam. We’ll be the bigger person here, and we meet your sarcasm and bitterness with nothing but peace, love…… and this wonderfully hoppy collaboration. Come visit again Sam. Bring Jerry. Bring Adam - and bring a case of Pappy VW. It’s time to rejoice in true happiness. Amen. 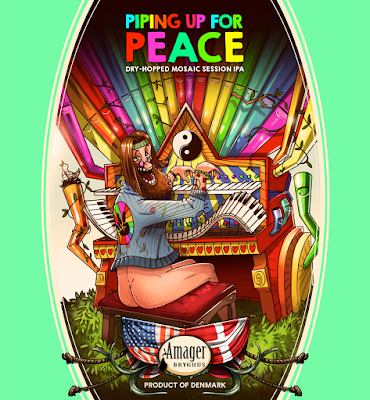 Hailing out of Little Village, Chicago, and with a strict Irish background, the MacDunnes had been patriots since the day the first family member set her foot on American soil. Male MacDunnes had been volunteering for every war they possibly could. So, the day that young Garret turned 18 it was both expected and with a natural pride that he enlisted to fight for his country in the Vietnam war as part of the 1st Battalion, 9th Marines. As a private he was hailed through some of the fiercest battles of the war: Khe Sanh, Hamburger Hill, the Tet Offensive you name it – Garret was there. Wounded several times but strictly alive unlike many of his fighting compadres. Actually, he’d lost so many that his battalion was nicknamed “The Walking Dead” due to their extreme casualty rate. When Garret returned to Chicago after three years in hell, he was utterly disillusioned and soon became a very outspoken voice against the war. He was a prominent member of the anti-war movement, and taking up music he was famous for his long concerts for peace played on a mobile organ with a distinct Ray Manzarek inspiration. Part of his fame could clearly be attributed to the strange fact that he would always perform without pants, due to a severe skin rash he brought home from the war. This collaboration beer made with one of Chicago’s finest craft breweries is named in honor of this true American patriot and peace activist. 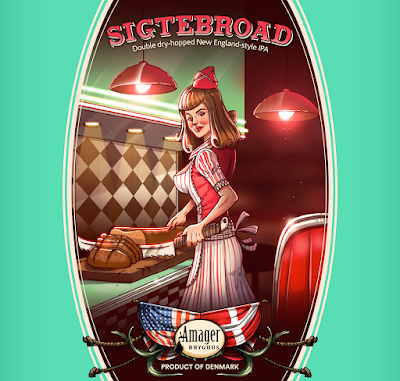 Once Amager Bryghus and Trillium Brewing Co. had decided to do a beer together, some investigative brewer research started on both sides of the Atlantic. Trillium main man Jean Claude Tetreault (JC) came across the name of an old Danish type of bread called “Sigtebrød”, and we decided to aim for a beer with mostly the same ingredients as in this old style of bread. However, we wouldn’t be Amager if we didn’t dig a little deeper into the matter. It appears that the word “sigte” – in English “to aim” - can be taken back to the Viking era, where a “Sigtebrød” would be baked very hard as a substitute for a traditional longbow in areas where wood was scarce or even absent. After the victorious battle the Viking could then toast their bread bow on a traditional Anglo Saxon toaster. Illustrations of this bread bow have been found in several places in Ireland and Scotland, but not until recently did the confused archaeologists realize, what exactly was going on. Several hundred years later, Danish settlers in Minnesota brought the old Viking bread with them, and it soon gained widespread popularity. Also the bakery girls of blonde, Danish descent selling the bread, became popular to an extreme degree, and local Minnesotans soon nicknamed them “sigte broads” for their good looks. In some areas the baker even had to arm his sigte broads with a traditional Danish long knife to dishearten the most intrusive young, male bread costumers. All very weird, but indeed very true. This is a collaboration beer made with Trillium Brewing Co., Boston MA, USA 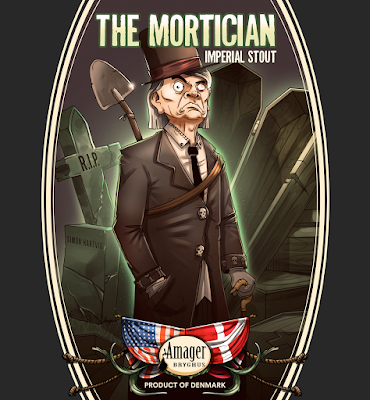 The Mortician: Imperial Stout 10,5%
Throughout the 18th century The Alistair Smythe Burial and Cremation Company had a thriving business based in Hempstead, Long Island NY. Immigrants brought in illness and disease galore, and personal hygiene was still not really regarded as anything other than a waste of time. Let’s be honest, people died like flies and the Smythe morticians had their hands full taking care of the dead. But with the 19th century approaching things were starting to change. Everyone who met the new owner – Alistair’s oldest son Walter - described him as the perfect mortician, compassionate and caring. But only Walter knew the blood red reality of the company accounts. The Long Islanders had started using soap, the roads were getting paved and even the immigrants seemed healthier. People simply didn’t die at the rate they used to. Walter, being a practical man, realized he had to make his own customers. Soon he had formed a band of nighttime gravediggers who would raid fresh graves and dump the corpses from a row boat in the narrow channels south of Oceanside. For years, the local police wondered about the numerous dead bodies that washed ashore on Parsonage Island and The East Channel Islands. But since they were impossible to identify and apparently missed by no-one the police quietly closed the case. Walter Smythe died a rich man, famed for his abilities with a row boat. A model citizen, and a much respected mortician. This is a collaboration beer made with Barrier Brewing Co., Oceanside NY, USA.
kl. 06.00
Send med mailBlog om dette!Del via TwitterDel via FacebookDel på Pinterest
Etiketter: Amager Bryghus
Nyere indlæg Ældre indlæg Start