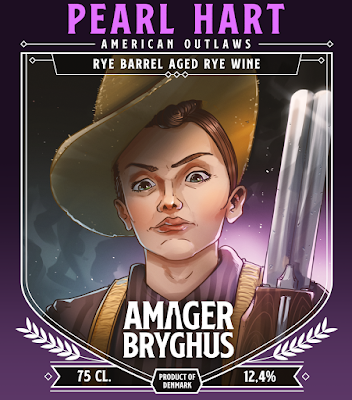 Pearl Hart
It wasn’t written anywhere that things should go as badly for Pearl Hart as they actually did. Born in Canada in 1871 from solid and affluent parents who sent her to a prestigious boarding school. But there must’ve been something in Pearl’s blood that made this young lady take all the wrong turns. In 1899 one of those turns brought her to Arizona, where she hooked up with a miner named Joe Boot. In their mutual brokenness, they decided to rob the stagecoach running between Florence and Globe. Pearl cut her hair short and dressed up as a man. The hold-up was successful with a solid loot of $431 (around $13.000 in today’s money). As the duo was about to take off, Pearl felt a sudden remorse for taking everything from the passengers and handed each of them $1 back. As it turned out, Joe and Pearl were better at robbing stagecoaches than they were at escaping the law, and within a week they were both behind bars. As a female stagecoach robber Pearl Hart became quite a jail celebrity with notabilities and press flocking to her cell to have their picture taken with her. Maybe all the fuss and commotion was a bit much to deal with for the Yuma Prison. To her own surprise Pearl was released after serving only 18 months of her 5 year sentence. The story of Pearl Hart has a mysterious ending, as she vanished into obscurity with nobody really knowing where and when she died. But the legend of The Bandit Queen lives on. 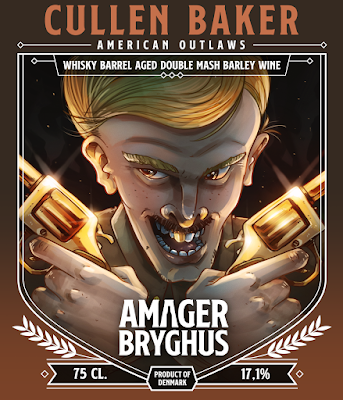 Cullen Baker was a very bad man. And it seems he always was. He was born in Weakley County, Tennessee, in 1835, the son of an honest cattle farmer. Still, the family was poor, and his homespun pants and bare feet caused him to be bullied by the boys in his class. Cullen’s answer was target practice with both a pistol and an old riffle, and when he started challenging his bullies to duel him, they soon left him alone. The civil war seemingly came as a welcome opportunity for Cullen Baker and he joined on the Confederate side shortly after the war began. By then already responsible for several men’s death, Cullen soon got a reputation for specializing in hunting down black Union soldiers. Towards the end of the war he joined the vigilante gang - The Independent Rangers - that was intended to pursue deserters, but instead they usually intimidated, raped and killed children, women and the elderly while the young men were at war. The list of Cullen Baker’s bloody deeds seems endless. His lust for lives is said to total somewhere between 50 and 100 killings. So naturally his own downfall was bound to be bloody as well. In one version he drank from a bottle of whisky laced with strychnine, in another he was ambushed and killed by a school teacher, who had become romantically involved with Baker’s second wife Martha. Anyhow, by 1868 Collen Baker no longer walked among the living. But his deadly legacy lives on. The town of Bloomburg, Texas, each year celebrates the day of his death by hosting a country fair. Absurd or not, at least proceeds go to the local fire department.

This is a collaboration beer made with Interboro Spirits & Ales, Brooklyn, NY, USA. 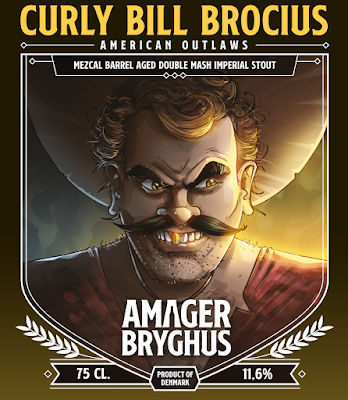 About the past of Curly Bill Brocius, nobody seems to know much. Maybe he was born in Missouri and maybe he fled the law in Texas, but after his arrival in Arizona in 1878 he would soon be known as ‘the terror of Cochise County’. Curly Bill was a tall and well built man and a natural with a pistol. Bad tempered with a sick and mean sense of humor when drunk – and that happened often. The kind of humor where he would order everybody at a Mexican wedding to take off their clothes and dance naked. Or interrupt a church sermon by telling the reverend to quit preaching, then aiming his pistols at the reverend’s feet and made him dance a jig – a bullet jig. “Come and get me”! Curly Bill would often cry out after another rampage or another killing, but no-one did. In March 1882 Curly Bill had risen to be the leader of The Clanton Gang. Thought to be responsible for the assassination of US Marshall Morgan Earp, the gang was being chased by a vigilante posse led by Morgan’s brother, Wyatt Earp. Wyatt, himself a lawman, had taken up the hunt of the outlaw gang in frustration over the legal system not being able to stop them. It came to a long and massive shoot-out at Mescal Springs. Brocius fired at Earp with his shotgun but missed. Earp returned fire with his own shotgun, killing Brocius with a load to the stomach, almost cutting him in half. Curly Bill’s reign of terror had come to a full stop. 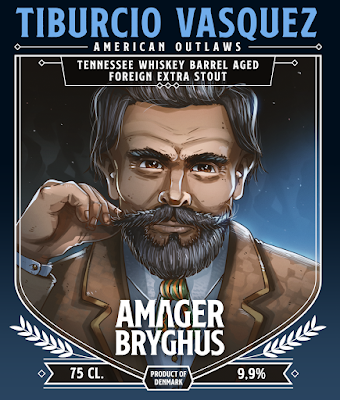 Tiburcio Vasquez
Born in Monterey in 1835, when California was still a Mexican province, Tiburcio Vasquez got in bad company already as a teenager when he started hanging out with notorious bandido, Anastacio García. And although he didn’t participate when García killed a local police constable, his presence alone was bad enough in the eyes of the law. At the age of only 17 he was declared an outlaw. Now a hunted man with a price on his head, Vasquez gathered a posse of young comrades and others who were all in conflict with frontier law. He launched into a career of holdups and robberies which was to cost many lives and terrorize the southern half of California for more than 20 years. However, Vasquez was said always to be reluctant to take life. He repeatedly warned his followers not to kill, even when his own life was in grave danger. And by many Hispanics he was regarded as some sort of a Mexican-American Robin Hood, protecting both him and his gang from a racist government and legislation. His many holdups and attacks on coaches, ranches and banks were seriously affecting the growth and prosperity of the whole Los Angeles area - its citizens not feeling safe from Tiburcio’s gang, even within the city. Rewards went up and so did the amount of willing men pursuing him until he was finally ambushed and taken prisoner by Sheriff Rowland, 200 yards from what is today known as The Sunset Strip in Hollywood. Visitors flocked to Vasquez's jail cell, many of them women. He signed autographs and posed for photographs. Vasquez sold the photos from the window of his cell and used the money to pay for his legal defense. After his conviction, he appealed for clemency. It was denied by the governor. Vasquez calmly met his fate on the gallows in San Jose on March 19, 1875. He was 39 years old.
kl. 06.00
Send med mailBlog om dette!Del via TwitterDel via FacebookDel på Pinterest
Etiketter: Amager Bryghus, ølnyt
Nyere indlæg Ældre indlæg Start