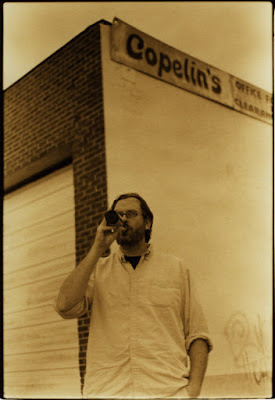 Scott Hatch: “There are seven of us involved in the brewery ownership and startup. Four of us have been in bands; two of us have experience running record labels. The combination of music and beer is pretty well-established. We ended up doing a few shows in our space before we officially opened and have a lot of musician friends. I started looking for Russian musicians and just played a bunch of them one day when we were building out the brewery space. It seemed to be a natural extension of the brewery to do something for our friends and these new bands we were finding. We developed the idea of Crime & Punishment Packaged Goods as a creative physical product outlet. It's a cassette label for now, but who knows what will happen. We definitely envision some future collaborations between musicians or artists and our beers.

For Burnt Toast Vinyl, I've pressed a lot of vinyl over the years and a lot has been written about the increasing difficulty of scheduling releases. I waited for nearly 9 months for a couple of represses and it was such a soul-crushing, depressing experience. I started a label to help friends, to collaborate with them to release their work. It sounds strange, but getting back to basics and putting out a limited run of cassettes or a small batch of cds really does feel freeing.

Ring Them Bells: No One's Dead/ We're Just Dressed In Black, really an extension of the one-sided LP project that I did through my label, Burnt Toast Vinyl, and Mikkeller. This record is so incredibly good, literally anyone who likes rock music should love this record.

Oldermost: It's Difficult To Know Anything At All, Philadelphia friends making atmospheric americana and frequent visitors to the brewpub, they also played in the space. 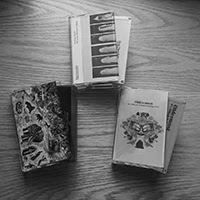 The next four include:
Kloster: Half Dream, Half Epiphany, my friend Mikael's long-time band and I've always wanted to do something with him, very nice baroque sounds mixed with a brooding apocalyptic folk in the Current 93/World Serpent vein. Mikael was the one who introduced me to Mikkel and opened the door for the beer/one-sided LP project with Ring Them Bells, by the way.

Low Lumens: Dawn, Dusk. Daniel Bracken is one of the multi-instrumentalists from the band Anathallo. He's a visual artist in Pittsburgh and also does some very experimental electronic music.

Dmitry Evgrafov: /\. Dmitry is a Russian neo-classical pianist/composer in the vein of Nils Frahm or Max Richter. He's got an album coming out later in the year on Fat Cat. My good friend James (of yndi halda) works at Fat Cat and introduced us. We've got a couple more Russian bands we're working on releasing, as well.”
kl. 06.00
Send med mailBlog om dette!Del via TwitterDel via FacebookDel på Pinterest
Etiketter: Artikler
Nyere indlæg Ældre indlæg Start