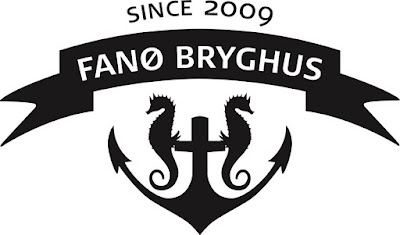 I think the best thing for Fanø Bryghus in 2018 was the sale of the brewery to a group of local businessmen. For the last few years Fanø had been kind of left twisting in the wind when it came to ownership support and this new group of owners have a genuine interest in supporting both Fanø the brewery and Fanø the island. It has been a truly refreshing change and I think outsiders will really start to see the results in 2019.

2: What is the most important thing for the brewery in 2019?
There is a lot to be excited about in the coming year at Fanø. We are set to complete a relatively large brewery expansion by April, more than doubling the size of our taproom, and giving us additional brewery space to grow production for the next several years. Through all that we also have a goal of increasing the number of specialty releases coming out of the brewery, so fans of the brewery can look for a few more new beers being released every month or so.

3: How much beer did you produce in 2018 and will you produce more or less in 2019?
After growing about 20% in production each year for three years in a row we made a conscience effort to slow things down just a bit. This was a result of multiple factors: the protracted sale of the brewery and staffing changes certainly figured into it but mostly we wanted reduce our back-stock in an effort to ensure that the beer we have out on the market is as fresh as it can possibly be. As a result our sales growth in 2018 was still around 15% but we will be entering 2019 with our inventory at its leanest it has been since I arrived on Fanø and we are excited for what the new year has in store.

4: What will be the biggest challenge for the Danish breweries in 2019?
All things considered, it would seem that after the year the Danish brewing industry had in 2018 the biggest challenge for all Danish breweries in 2019 will be continuing to make strong internal decision that will ensure the future security of their business. With a lot of new brewery openings and a few surprise closures and acquisitions the craft segment of the brewing industry here is starting to mature and making sound business decisions will be more important than ever before.

5: Who was Denmark's best brewery in 2018?
I’m a terrible person to ask that. With two kids under two and a brewery to run, I so rarely make it off of the island and get to experience the full range of what’s being made across the country. The handful of breweries sitting at the top of the craft pyramid in Denmark have continued to make exceptional beer and I’m reading/hearing a lot of good things about most of the newer breweries around the country as well.